Rhythm “The M3”
“Every thousand mile journey starts with a single step.” –Confucius
In the spring of 2008, a first generation college student of The University of Texas, “Rudy Gutierrez” became Rhythm “The M3”. The journey to that decision was one of loss and triumph, search for knowledge and the realization of true potential.

The first instances of realization came at an early age. Rhythm was surrounded by many genres of music, strongly influenced by his cultural background, as well as his location: South East Dallas AKA Pleasant grove. At the time of his family’s arrival into Texas, the popular street music was G-Funk / Gangsta Rap from West Coast artists such as Dr.Dre, Snoop Dogg, Ice Cube and the legendary Tupac Shakur. This laid the groundwork for an interest in a raw lyrical street sound, which later flourished into his rhyme schemes.

As an adolescent, Rhythm was encouraged by older brother Ramiro Gutierrez (Currently a professor at Eastfield College) to take part in private piano lessons. This only sparked further curiosity of music and its ability to take hold of a listener’s emotions, as it took a hold of his. This understanding of music, coupled with his love for lyrical rhyme schemes paved the way for the start of his career. His teenage years were spent honing in on his education. He realized through the mistakes and adherence of others that knowledge was the key to succeeding in any endeavor, even in a lower economic environment. All the while continuing his private piano lessons, he made an effort to become more involved in school activities, eventually landing him a part in DISD’s own Emmy Award winning show School Zone Dallas and the Spanish version “Zona Escolar De Dallas” as an on-screen reporter. This opportunity to be seen on a large scale sparked the curiosity of M3, and geared his mind for accomplishing bigger than average goals than the world would one day see.

After graduating in 2007, Rhythm left Dallas to attend The University of Texas in Austin to major in Music. After failing to be accepted by the school of music, he was entered into the school of liberal arts. The classes taken during this time gave M3 a deeper insight into linguistics, poetry, and novel writing. He claims that after living his entire life in a hood area of Dallas, being in a very suburban style community in Austin “Just wasn't tha same”. This epiphany led to onslaught of reflection, poetic writing, and self expression, which ultimately led to the decision that Dallas was the city where he belonged and music was his lifeline. The conscious decision was made to explore the deepest realms of lyrical rap, and create a large enough network to supply Dallas with something to fill the lyrical gap it needed on both an underground as well as a mainstream level.
Rhythm left Austin in 2009 to pursue a professional career in the music industry.

He attended Eastfield College to broaden his horizon in music. He became a part of the Eastfield Jazz Ensemble, where he was properly introduced to Jazz for the first time by Dr.Oscar Passley, head of the music department. This music would later go on to define M3's smooth, musical blends. While attending Eastfield, M3 put together a Jazz / Rap fusion band with the intention of making a new name for rappers. The Et Cetera newspaper at Eastfield college held a competition during that time and it became the perfect opportunity to showcase this newly found fusion. The winners of this competition for best performing musical act, was to win an article in the EFC newspaper as well as a free music video done by the school paper. After winning the award with M3's fusion band "The System" and being sponsored by DK Foot Casual Retail stores, the article was printed, the video was released and The system would end up going their separate ways due to differences in direction.

As a newly emerged performing artist, and now a solo act, Rhythm The M3 would go on to pursue a solo career as an Emcee & in-studio producer. M3 met many aspiring artists at Eastfield College, which would become his first clientele. M3 took a leap into the music business by offering audio engineering services after having recorded with an audio engineer for the first time, although he had already been recording his own music, his music classes encouraged him to take part in the industry by taking music as a technical job as opposed to the artistic route. Given his success recording his own music as well as recording for others, Rhythm took the biggest step to date, and on Dec 29th 2010, the Independent Record Label BEAST MODE RECORDS, was born.

As a result of his success in music classes at Eastfield, M3 attended Cedar Valley College's audio engineering program, where he would become a student of Steve Browne & Roger Desmore, and ultimately receive a degree in Commercial Music Recording, as well as liberal arts in 2013. There he met many artists from a wide range of talents and back grounds, one of which known as SpaceBoiFresh of the Billie Gang, which would later bring in M3 as an honorary member for some of his most memorable shows & songs.
“Suddenly my misery brought me to an epiphany, If I can rap and make a beat why can’t I write a symphony? / If I can count to sack an ounce why can’t I run a business, If I know I can make it out then why should I stay in it?” *Free ft. Mariana Sastre* –Rhythm “The M3” 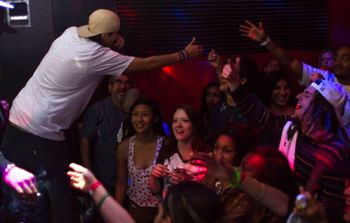 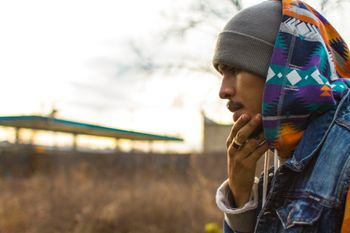 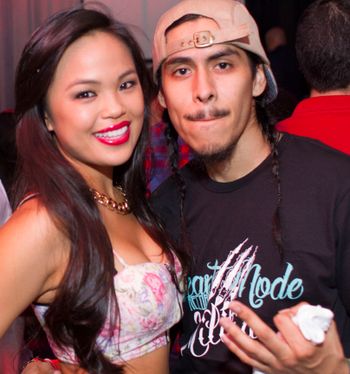 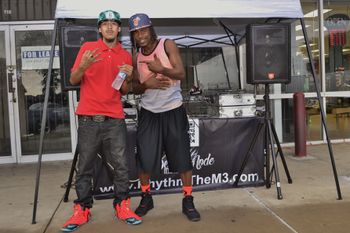 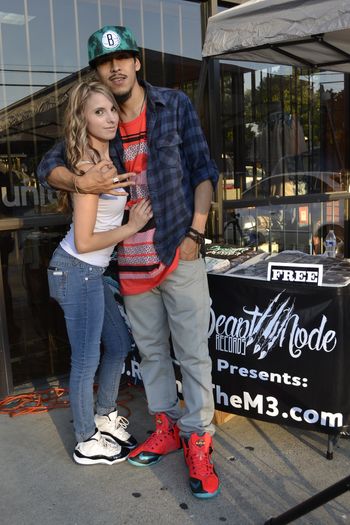 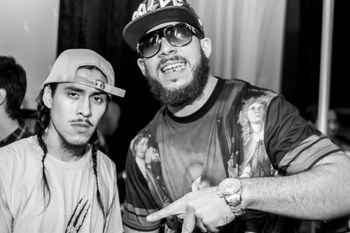